"I did attend today's get together and it was absolutely wonderful except Elizabeth wasn’t there😂. My granddaughter came with me and I told her we’d leave whenever she wanted; turned out she was captivated and will join me in the future. Had two books signed for greatgrand children and then bought another one for granddaughter who is now curious re Kafka. The food was great and we thank you!!!" Ella 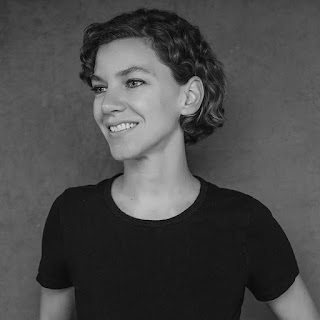 author of the acclaimed children’s picture book, “Kafka and the Doll”

Kafka and the Doll is based on a true story about Franz Kafka, told by Dora Diamant. In Berlin, in the fall of 1923, Kafka's last love, Dora Diamant and Franz Kafka met a little girl on a walk in the park who had lost her doll. Kafka told her the doll wasn’t lost, but instead, traveling the world and having grand adventures! And to reassure her, Kafka began delivering letters from the doll to the girl for weeks. The legend of Kafka and the doll has been called a true and perfect Kafka story and stands as a testament to the life-changing power of storytelling.

Larissa will share how she became fascinated with the story, and how she was able to translate it into a timeless story for children and adults of all ages.  Larissa Theule is the author of nine books for children, including Kafka and the Doll and A Way With Wild Things. She holds an MFA from Vermont College of Fine Arts and lives in Pasadena, California with her family and dog. 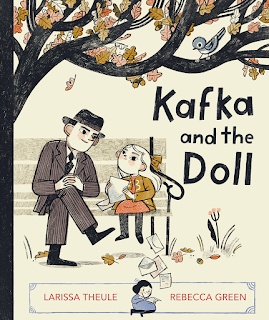 ”Spun from a true anecdote and likely to move adult readers as well as younger ones, this set of quiet encounters between a writer and a child has as much going on between the spare, poetic lines as in them. . . . A tribute to the way words can change lives, as well as a rare glimpse of a writer most of us perhaps only think we know.”

“This reimagined telling has an engaging charm that rings true.”

LISTEN TO A SAMPLE FROM KAFKA AND THE DOLL (click here)

Books will be available for sale at the event,

thanks to Susan McBeth of Adventures by the book

New comments are not allowed.